Ghosts of Overbrook: A Fable 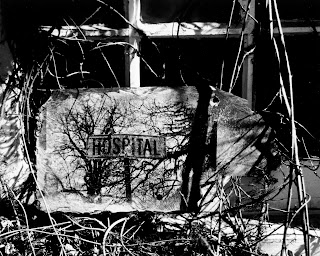 If a tree falls in a forest, and no one is around to hear, does it make a sound?

Of course it does.

Because there’s always someone around to hear. Or something. Humans aren’t the only listeners on the planet.

Stones hear everything. The old-time miners used to say that every fragment of slate has a sound locked in it. They said that if you’d spent enough time around slate—been in the quarries long enough for Potter’s rot to eat your lungs and your skin to turn blue—that you could identify a quarry blindfolded, by the song of its tips as they settled.[1]

That would’ve been something to hear, that quarry slate sing. Back when it was feral, before it became pavers and roof tiles. It must’ve sung to the miners of blind grubs and tree roots and their dead fathers, bones unlacing underground. Or maybe it went back to its youth and sang songs about Jurassic seas and the birth of mountains, and about pressure and fire. 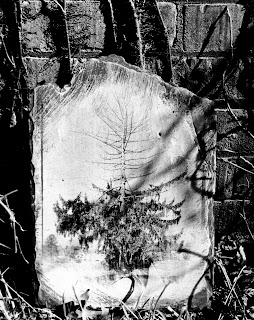 Some miners heard a symphony, they say. A metamorphic symphony of slate, but if they listened too carefully and caught the roar of ancient eruptions—the bellowing screams of dinosaurs as hot ash seared their scales and skin—they went mad. The Song of the Dinosaurs drove them mad. And then the miners wound up in a place like this.  Where the slate tiles on the roofs whispered to them of diamonds and rubies, sighing of the things they hadn’t become, and drove them madder still.

If slate sings at a mental hospital, and only lunatics hear, does it make a sound?

That depends on your definitions of acoustics, and of sanity.

The slate listened before it sang. For years it listened as it warmed itself on rooftops of red brick buildings, sunheat sinking into its reptilian strata. The slate heard everything, and locked the sounds, like the sun, inside itself. But there are no mines in Cedar Grove, New Jersey, and no miners to hear its songs. And no one listens to a lunatic.

The slate sang a century of sirens, the sirens that would sound when one of the lunatics escaped. A hoarse, high-pitched compression of panic that ripped through suburban afternoons, calling to attention the hairs on neighbors’ forearms. 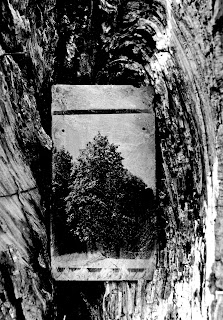 It sang of a fat, middle-aged white man in a white shirt and tie, chasing an agile young black man in sweat pants around a block, past a yellow street sign that still says, “No Exit,” shouting “He’s an escapee! Stop him!” as the horn rasped and a little girl looked on, laughing, the older white man’s cramped bicycle pump gait reminding her of Elmer Fudd, the young black athlete’s easy, loping run reminding her of Bugs Bunny. She’d heard her father call Elmer crazy any number of times. But he was the pursuer. Maybe, she thought, it was a game.

No one but the girl heard the Song of the Hunt.

The slate sang, too, of the deer about whom the road signs warned. The deer that came in grey light on either end of the sun and ate the lunatics’ carrots and beans and lettuce, the morsels of sanity they were trying to grow in thin soil near the top of Second Mountain. Sometimes it sang, too, of the deer’s bodies lying twisted by the roadside, and of the skid marks across double yellow lines on Fairview Avenue. 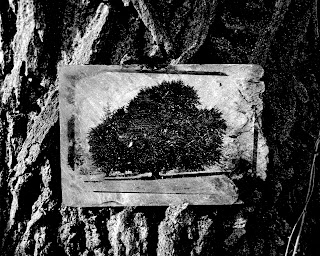 The slate sang of the endless shuffles of old black men and women, who walked down Second Mountain to buy things on Pompton Avenue, and then back up again. They were the lunatics who came back if you let them out. The girl wondered why they were always black, and why they came back, but no one knew.

The slate sang the Song of Frost that it learned in 1917, when the boilers failed in winter and 24 lunatics froze to death in their beds. Their blue bodies reminded the slate of the old miners and their sick lungs, and it was neither sad nor glad but impartial, as stone tends to be (but is not always).

When it was cloudy and the slate cooled, it sang a Song of Birds. The slate didn’t really care for birds, with their fouling dew and the scratchy, skittish hail of their claws. But birds were one of the slate tiles’ only rooftop companions. The birds and the rain and the trees.

The song the slate sang most often and liked best was the Song of Trees. The slate remembered the trees when they were young. It watched them grow into companions of similar height, if not similar age. Sometimes it sang of the branches’ touch, a gentle, soft stroke of leaves that would reach out to the slate in the wind. This became the Song of Reassurance. 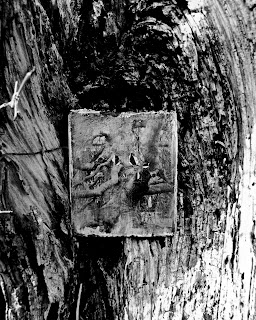 The slate sang of Copper Beech whose dark leaves shone and gleamed like tanned animal hides. It sang of webs of bare branches, feeling their way in haphazard hatches across the sky. It sang of Norway Spruce, whose lower limbs refused the death that its naked top had welcomed years before. It sang of Weeping Beech, whose hide looked like an elephant’s and whose branches groped without pride or embarrassment along the ground. It sang of Sugar Maple, whose sap gurgled happily up and down its trunk, listening for the slate’s own sap, its songs trapped in stone. The sap of sound.

When the lunatics went away no one came in their place to care for the trees. The slate knew no Song of Time—or if it did, the words were in another language, and it had forgotten the tune. But the trees knew it. And instead of reaching into the sky they began, more and more, to lie down on the ground, where they met the slate in their dreams.

The girl who’d watched Elmer Fudd chase Bugs Bunny also knew the Song of Time, and grew up. At the tail of a year on a short, shadowless day, she found the slate in a tip, jumbled with the red bricks that had held it in the sky for just over a century. A sign said “DO NOT TRESPASS. ORDER OF ESSEX COUNTY PARKS COMMISSION.” 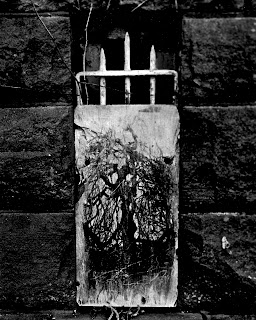 grown girl trespassed anyway and began pulling slate roof tiles from the tip, and as they slipped and nicked and touched one another, music broke the grey afternoon. The trees that still stood cupped their

branches in the wind, and listened. Copper Beech listened and the Weeping Beeches across the way listened too.

Finally the slate sang the Song of Trees, and it was beautiful. It wasn’t a love song of loss. It was a love song of anticipation. The slate sang that it would wait for the trees, and one day, when they were slate too, their world would be rebuilt. Crazy, maybe, but it had learned at the asylum that sanity has no sound. 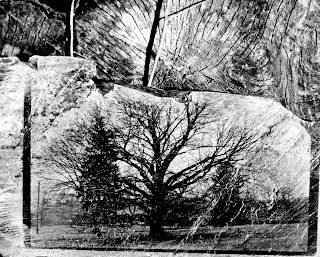 The notion of miners identifying the song of slate at different mines is from Slate of Hand, by Judy and Ted Buswick.

Overbrook was a mental hospital in Cedar Grove, New Jersey that opened in 1896 and closed in the 1990s. Its abandoned buildings and arboretum were originally “slated” to become a housing development, but have instead been ceded to the Essex County Parks Commission as open space/parkland.

The images that inspired “Ghosts of Overbrook” are silver gelatin photographs printed on slate roofing tiles from a razed Overbrook building, returned to the site to weather and settle back into the environment. For more Overbrook and other petrograph images, see www.petrographs.blogspot.com.

[1] Potter’s Rot is silicosis, a disease of the lungs caused by inhalation of slate dust, characterized by shortness of breath and blue-tinged skin.

Posted by Pamela Petro at 11:23 AM No comments:

Pamela Petro
I'm a writer and an artist--I prefer to be both simultaneously, but that doesn't happen very often--and I live in Northampton, Massachusetts. I can be reached at pamelapetro@comcast.net.